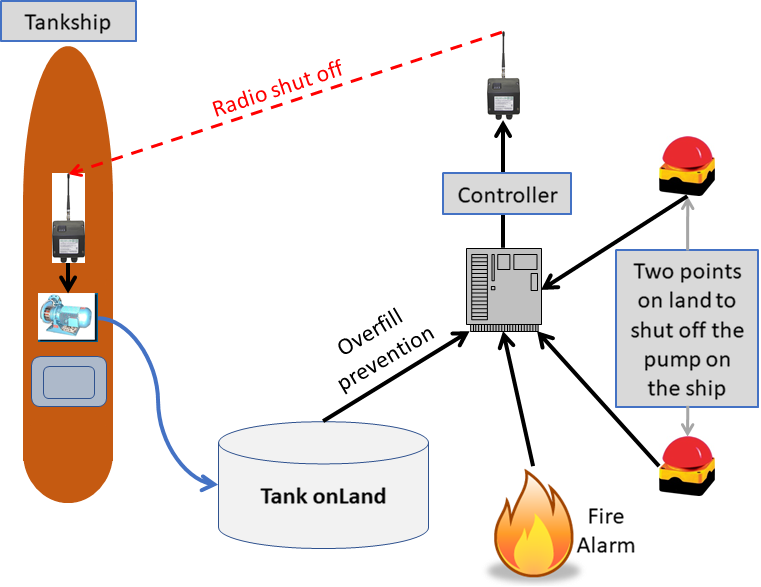 When discharge the tanker, the system automatically monitors the limit of the tank on the shore and the complete unloading process by connecting it to the process control system on the shore. During the unloading process, it is possible to interrupt or stop the process from 2 independent points using the EX-Remote system (dead man / emergency stop). On the shore, the system is permanently connected to the haven process control system and controls the complete unloading via radio. Overfill is not possible. This system works without a cable connection between land and ship and thus significantly increases the occupational safety of the user. To guarantee the long discharge times (up to 36 hours of continuous operation), the LRC ADN battery case is used.

can be interrupted by a switch loading / unloading, ie the quick-acting valve directly to the movable connecting line between ships and land must be closed. Each cargo tank shall be equipped with: a limit switch for the overflow safety trigger which triggers at the latest at a filling of 97,5%;

For this purpose, a separate, on-board, intrinsically safe current loop on the shore must be interrupted by an electrical contact.